The weekend of 4 and 5 February 2017 Hans Post, Rob Vink and I visited the beach of Knokke-Heist in Belgium. Weather conditions were good, clouded, 5 °C. and a Southern wind 3 Bft. This weekend was LWST (Low Water of Spring Tides) – 190 cm. Ideal circumstances for shell collecting. The beaches of Knokke-Heist are interesting because of the fossils that can be found in shell grit.

Their origins can be found in beach replenishments some years ago. Off shore material from strata of Pliocene and Pleistocene age is transported to the shore.

In beach drift fossil species like Ocenebra erinacea (Linnaeus, 1758), Propebela turricula (Montagu, 1803), Epitonium clathrus (Linnaeus, 1758), Nassarius spec. and Turritella spec. can be found. The reason for us to visit these beaches is the occurrence of Trivia and Dentalium species; the latter most likely Antalis vulgaris (Da Costa, 1778).

Recently Fehse & Van der Haar described a new species of the genus Trivia from this location: Trivia merlini Fehse & van der Haar, 2015. In two days we could collect about 100 Trivia spec. and 30 Antalis spec. How far this material contains the new species is subject to further studies. Rob en Hans both did find a specimen of Terebra inversa Nyst, 1843. 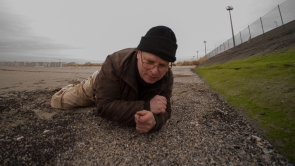 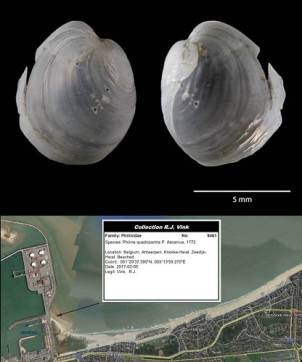 In the low dunes of Knokke-Heist land shells are abundant.

As always we didn’t hesitate to enjoy the pleasures of the local kitchen: croque madame and Belgian draft beer. 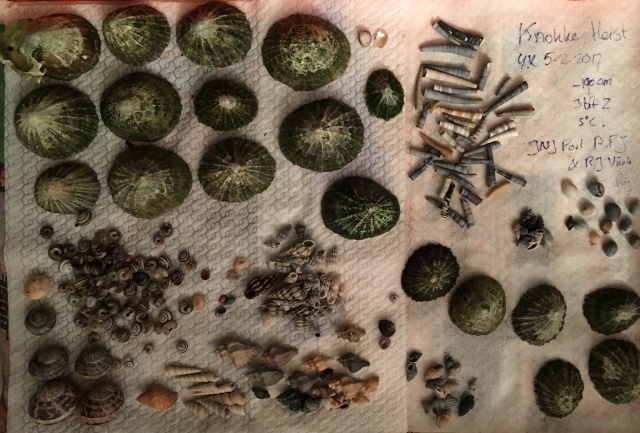 Some of the samples taken – © Frans de Jong